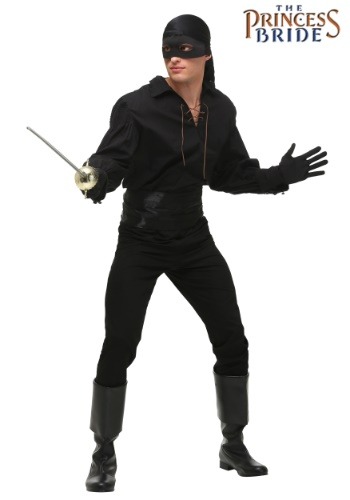 Let's talk about storybook princes. Let's hope you're caffeinated because until the Princess Bride fairytale heroes were a real snooze, most of them hardly even had names! The worst culprit is Prince Charming, what kind of shallow name is that! They paint him as a brunette hunk with a royal title and a taste for timid blondes, he hardly says a line in the whole movie. So, it's no wonder that men and women alike felt like Westley was a breath of fresh air, finally a hero with character!

Not all of us would have the patience that it took for Westley to win over the headstrong and beautiful Buttercup but hey, it worked! Once she realized that his compliant catchphrase was actually a constant declaration of love she was hooked for life. He taught us all that a persuasive word can be just as effective as a sword, though some swell swordsmanship can help save your skin as well. He gains the friendship of the Dread Pirate Roberts, Fezzik the Giant, and Inigo Montoya, all had plans to kill him when they first saw him. Who's the prince of charm now, eh?

You'll be ready to rescue the love of your life from the dark plans of a scheming Sicilian when you don this black Dread Pirate Roberts ensemble. Or you'll be ready to set up a sweet group costume when you partner with Inigo, Fezzik, and Buttercup to make a lasting impression on that costume party, either way! Buttercup won't guess who's behind that black mask until you say the three magic words, "As you wish"!