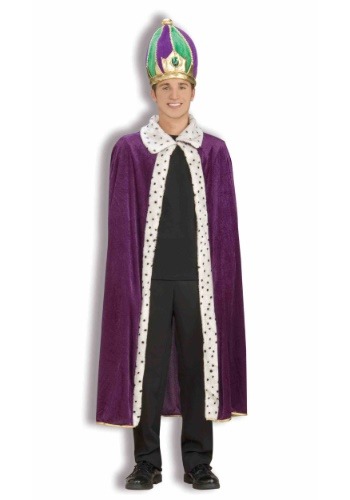 We all know that it is great to be the king. We've been knowing that long before Mel Brooks ever suggested it, but we certainly found his claim to be highly true. It's pretty much amazing to be the king of anything. Ruler of a whole nation? Sure, you've got an assassin or two after you, but the wealth of an entire country, countless servants, and the ability to make some real change (hopefully for the good) is pretty hard to argue with.

But, there are plenty of other kings that are great, too. Prom King? Who doesn't love to get the popular vote in High School? King of the Hill? Umm, hello! That's the point of the game. You just won! King of the Sewer People? Well, okay, so maybe there are some issues, there, but you've still got an entire legion of followers ready to use their might to make your realm however you prefer. King of the Realm Below might be a better title once they get it all cleaned up. But, there is one King that is even greater than them all. You want to be a celebrated king. What about a King of Celebrations!?

Get ready for the greatest party ever thrown: Mardi Gras. And, to make sure that you have the best time imaginable, how about we start right away at the head of the party with this Mardi Gras costume! This is a robe and crown set that has you feeling like you were born to rule the epic Carnivale! The velvet robe is purple and lined with spotted fur. The large crown features gold, purple, and green, noble colors of this festival if ever there were!

Be prepared to be beloved when you step into the Mardi Gras fun in this Robe and Crown set. In fact, King of Mardi Gras isn't even enough. It's time to throw an even bigger party!

Size Chart
ST
Inches
Centimeters
Questions & Answers
There are no questions for this item yet. Be the first to ask a question!
Ask a Question