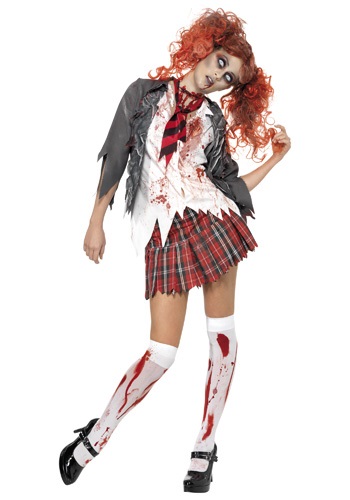 The reports have been coming in for weeks, now, and we’ve come to accept that there is nothing to be done. A whole batch of radioactive candy came shipped out of the notorious Raccoon City. At first, the candy tasted just slightly sweeter than typical, but the ravenous hunger for more quickly came. The monstrous hunger for candy of all variety simply couldn’t be stopped! At first, it appeared to be quarantined into fictional towns exclusively. Unfortunately, we all know what happens when something seems exotic, dangerous, or simply sweeter-tasting!

The corrupting candy has been snuck out of the blockade and it’s deliciousness has already gotten into the general populous. People of all types have been afflicted and the transformation is pretty immediate and very drastic. Take care to avoid any people walking around with oddly craned necks, the look of endless-yet-dead hunger, or obvious gory and deadly wounds despite the fact that they are still highly ambulatory.

If you have already been afflicted, there are a few things we can do to help you look a little bit improved, but… not much. This School Girl Zombie costume is about the best we can do to help you secure your place in your new undead society and still hold some grasp of what you once were. The gray school jacket is only slightly torn up and the attached shirt is only generally soaked forever in blood. A prosthetic bloody wound is included if you cannot recall where you were bitten. Oh, and a red and black tie—because, school dress codes are still enforced even when you’re among the undead.