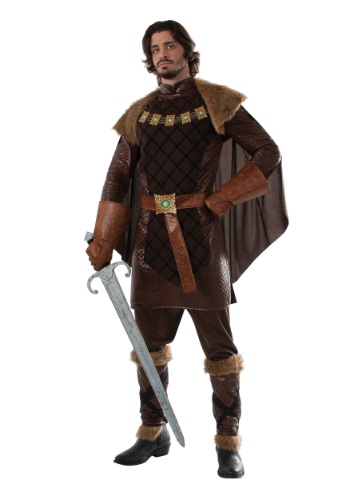 It is one thing to be a prince. It is another to be noble. You can be born a prince, nobility is learned. Take King Arthur for example. He grew up poor. The town people mocked him as a boy without a father, to inherit nothing but shame. When he came of age the lady of the lake to him about the sword in the stone. He did what no man could do before, he drew the legendary sword from the stone. After that, he didn't forget where he came from, he returned to the woods again and again. No matter how you get to power, to retain it you have to revisit your roots.

A ruler does well when he spends time among the trees, you never know what they might tell you and who might be waiting there for you. It was while revisiting the forest that King Arthur met Merlin, the powerful wizard, who helped Arthur save his realm. Sleeping Beauty would have never been awoken if a prince hadn't wandered through the woods and seen the overgrown castle in which she slept. Not to mention Snow White, lying in her crystal coffin in the middle of the forest until a prince came upon the clearing and roused her. It just goes to show that it pays to leave the castle, no matter how fine its trappings might be.

In this costume, you'll find it's easy to get in touch with your noble side. It'll be perfect for many events from the Renaissance Fair, to LARPing, to a dapper Halloween costume. The faux fur and leather look as if you might have hunted the wild creatures that they came from. You'll feel quite at home in the woods, just remember to bring your sword, it's not only maidens in distress who wait in the shadowy forest.