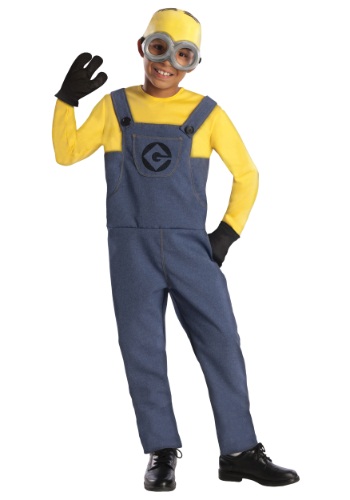 One thing you can say for sure about Hollywood is that you can never say anything for sure. Look at the Minions, for instance. When “Despicable Me” hit theaters back in 2010, those cute, little yellow guys who followed the main character around bickering and babbling and stirring up trouble were plenty funny, sure. But who could have predicted that the Minions would not only still be going strong years later, they’d have eclipsed their original sidekick role and become some of the biggest stars in the world, with an empire that spans movies, cartoons, comic books and much more? Heck, they’ve even given a boost to worldwide banana sales.

Maybe we can all take a lesson from the Minions, strange as it seems to be learning from creatures who seem, to put it politely, not especially bright. Despite not having a lot of the tools we ordinarily think of as requirements for success - smarts, physical ability, an understandable language - they’ve risen to the top on the strength of being themselves and doing what they do best, whatever that happens to be. They may be accident prone little weirdos, but that’s exactly why we love them.

Let your inner Minion shine through with this officially licensed polyester costume. Take on the persona of cupcake-loving Minion Dave in a jumpsuit styled like Gru’s signature overalls paired with a yellow long-sleeved t-shirt. A yellow latex headpiece and silver plastic goggles give you that unmistakable Minion look, with a pair of black, three-fingered gloves for an added goofy touch. It’s a fun kid’s ensemble that lets the world know you’re ready to follow in the clumsy footsteps of Hollywood’s least likely superstars.